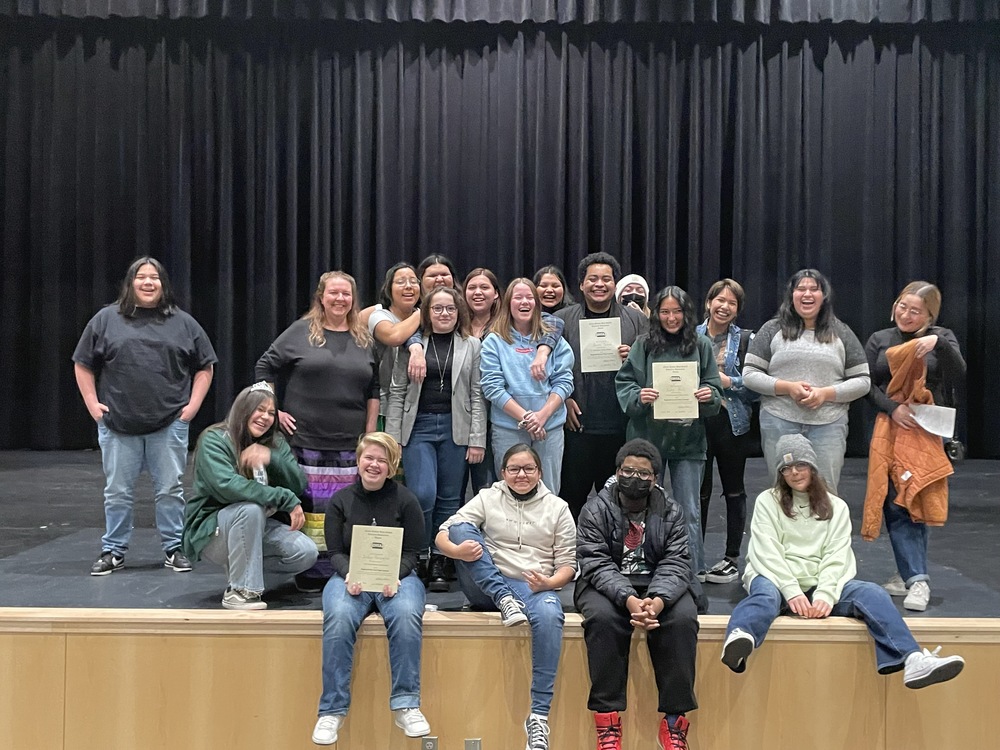 The NTHS Drama Team competed at the Region 9 One Act Play Competition on November 3rd at the Williston High School. The team performed well and brought home the Region 9 One Act Play Runner-up trophy. In addition three individual awards were given to members of the team. Hazen Thomas portrayed Clay, a student whose mother is dying of brain cancer received a Superior Actor Award. Xaria Bell portrayed Annie, a teen that is juggled from one foster home to another received an Honorable Mention. Jordyn Pennington played the Bully, and she also received an Honorable Mention.  The team performed “who are we, who we are” by Forrest Musselman. This play is about the struggles that teens face and in turn get stuck in their own brains and find it hard to concentrate on other things, like school. They will move on to the ND State Competition on November 22nd and 23rd in Jamestown. Wish them luck!